When our son Jensen was diagnosed with Down syndrome (Ds), our first reaction was of sadness and disappointment.  I remember finding out at work on a late Wednesday afternoon. I was 20 weeks pregnant and the doctor called me to tell me the results of my genetic testing. I quickly packed up my belongings, and left the building in tears. I didn’t go into work the following Thursday or Friday.  Those first few days I was distraught and couldn’t stop crying.

When I look back at this time, I am trying to discern what exactly was at the root of these feelings.

If I’m being completely honest with myself, I have to say these feelings stemmed from the complete lack of information combined with a fear of the unknown.  I also felt robbed of having a “normal” life. We had beliefs about what was normal and what wasn’t normal.

A person’s beliefs are shaped by a myriad of factors ranging from one’s own experiences, education, feelings, emotions, socioeconomic status, and culture to outside factors such as spoken words, others’ experiences, opinions held by others, movies, TV shows, and other forms of popular media.

But they are also shaped by the absence of any of these things.

I had never known a person with Down syndrome before having Jensen.  The only experience I had was with an employee who worked at our local grocery store who we occasionally saw bagging groceries. I am ashamed to say this, but whenever I saw this individual, I always felt badly for him.

Any opinions or beliefs I held about Ds were shaped by my lack of information.  And this lack of information generated its own set of worries and a focus on all of the things that I thought my son would never be able to do – which allowed fear to take over.

The first few days I couldn’t stop focusing on these perceived limitations. The thing is, at that time, we subscribed to a “set” path in life.

After reading blogs of other parents of children with Down syndrome, they opened our eyes to a different way of thinking.  We also read story after story about the capabilities, possibilities and accomplishments that were being achieved by those with Ds. Take for instance, Chelsea Werner, a 4X Special Olympics US Champion & 2X World Champion. If you don’t know this, those with Ds have low muscle tone. For her to be able to be work as hard as she did to overcome this challenge and become a champion was downright inspiring.

Another example is Rachel Grace who was accepted into college last year, and her reaction was recorded on video.  And yet another example is of Katie Higgins who became a Zumba instructor. And Noelia Garella who became the first kindergarten teacher with Ds in Argentina. 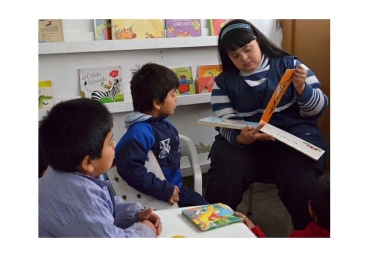 What these stories helped us really and truly understand is that everyone has their own journey to live. Everyone is different in one way or another – from size, gender, race, and culture to the color of your hair, whether you are blessed with an artistic talent, are good at sports –  or whether you have two versus three copies of your 21st chromosome. We are all made differently in one way or another. What makes one way more normal than the other?

There is no normal. What’s normal to one person may not be normal to the next person. Everyone in this world is different and if we believed there was a prescribed “path” in life, it’s because we created it from our own judgments and opinions.

Having a child with Down syndrome in our lives was going to be our new normal, and we wholeheartedly embraced that. Jensen would have his own journey that was individual to him just as everyone else lives their own journey in their own, individual way. We would take it one day at a time, just as everyone else does in life, and we would not impose limitations on him. We were going to give him all of the support he needed to achieve his goals.

Now, living without him has become our new normal. It’s normal to me to grieve every day for a son I didn’t get to take home from the hospital.  This isn’t normal to a majority of others because thankfully, they never had to endure this. But it doesn’t make my every day experience and life any less valid or normal in any way just because I’m in the minority.

The same goes for having a child with Down syndrome – just because children with Ds are in the minority does not make their lives any less normal or valid. Each person deserves to be looked at as an individual living their own path. Their path is just as individualistic to them as how they are made.

When we realized this, we knew immediately that we would advocate for acceptance and inclusion for those with Ds – and all individuals with disabilities. We knew we were OK with whatever journey Down syndrome would take us. Yes, it would be different from what we expected, but if there is anything I’ve learned in the past year of my life – it’s to accept every situation, scenario or experience, and especially anyone or anything that is different.

Now when I walk into my grocery store and see the young man bagging groceries, I smile at him and beam with pride. He is always friendly and I can tell he takes his job seriously. I don’t know him personally, but I am proud. I’m proud of the grocery store for providing a job for someone with a disability – for including him in their workforce. I’m proud of the young man for having a job – of overcoming all of the obstacles that might have been in his way to get there. Going to work each day must create such a sense of satisfaction and pride for him.

If only others could see what I see.

One thought on “Changing Our Beliefs About Down Syndrome”

"We can change the world and make it a better place. It is in your hands to make a difference." -Nelson Mandela 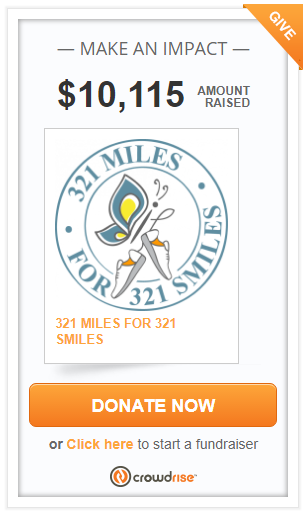 Forever in Our Hearts

Use your voice for kindness, your ears for compassion, your hands for charity, your mind for truth, and your heart for love.